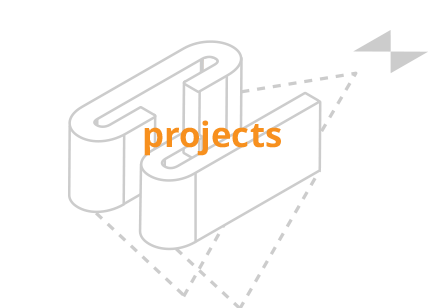 A series of lectures and workshops aimed at initiating a critical debate on participation in culture via meetings with experienced practitioners from abroad. It was an opportunity to reflect on the ways of practising democracy in culture on the example of community arts, public art, multi-generational projects, research in action and engaged city studies. Each two-day session consisted of an open lecture and workshop. 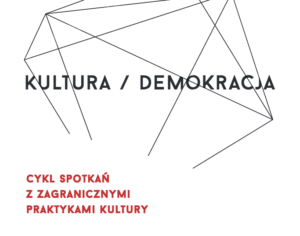 Restless Art, or the Opportunities of Participation

François Matarasso – an independent researcher and artist has been involved in the community arts movement since the 1980s. He had worked for many years on behalf of culture institutions and local authorities in Great Britain and other European countries. He is the author of influential works on the value of participation in art and community activities, including Use or Ornament. The social impact of participation in the arts (1997).

The lecture addressed the issue of the development of participatory art as an idea and practice since the 1960s until the present. The mutual relationship between participating in art and in community life was the key topic of reflection during the talk. The issues discussed concerned the objectives and the effectiveness of participatory projects in the times of change and crises, and the question of what makes participatory art so restless, in particular, today.

The workshop was an opportunity to ask questions about the quality of creative projects, especially projects of participatory nature. The participants reflected on their own experiences and confronted them with new approaches based on the discussed examples of international projects. 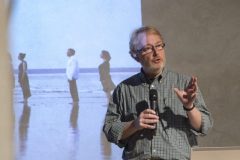 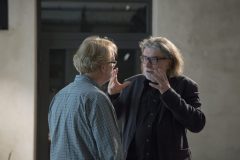 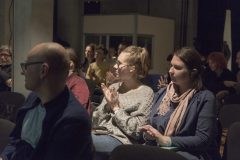 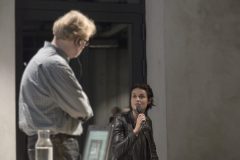 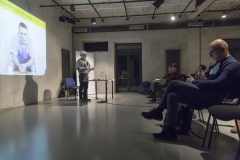 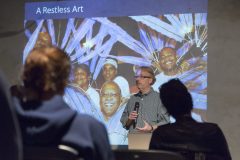 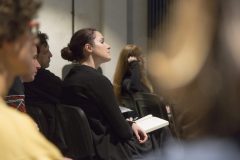 André Sauvage – French sociologist, professor of architecture at the Ecole Nationale Supérieure d’Architecture de Bretagne (ENSAB), member of the Institute of Planning and Urban Studies, involved in the Le Blosne dans l’histoire project aimed at writing the history of Le Blosne in Rennes and executing related community activities. Author of Rennes, Le Blosne: Du grand ensemble au vivre ensemble addressing, among others, the issue of the collective memory of the residents of the district.

The lecture concerned the methods of democratisation of the process of shaping contemporary cities. Based on examples of projects executed at the multi-cultural apartment block estates in Rennes, André Sauvage demonstrated how much the experience of the residents can influence spatial planning.

The workshop was held as a research and project lab at the headquarters of the Jeden Muranów Foundation. Workshop participants learned the methods of initial identification of the nature of the social character of the Muranów district and the ways of working with it. Based on the information collected, the participants planned a project addressing the specific nature of the space analysed.

The Intergenerational Perspective in Europe – Why so Important Today?

Alan Hatton-Yeo – British educator and expert on intergenerational programmes. He was honoured with the highest-ranking Order of the British Empire for his work on connecting generations, scientific research and building better communities. Since 1998, he has been the head of the Beth Johnson Foundation – one of the first such non-governmental organisations addressing the problems and needs resulting from the changing demographics.

The lecture was an attempt to respond to the question why, given the contemporary social, demographic and economic changes, it is so essential and strategic to analyse social development through the intergenerational perspective. How important in the times of crisis is for Europe to strive after social cohesion and create places catering to the needs of all age groups?

During the workshop, the core topic discussed was the effectiveness of intergenerational activities. Participants were introduced to the good practices model developed in projects executed in different European countries and shared their own experience gained through their prior.