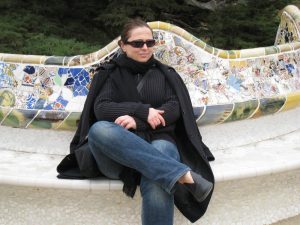 I am a graduate of the first edition of the Culture Animation specialisation. I had many significant experiences while studying there, especially those related to participation in projects held by the Borderlands Centre, Gardzienice Theatre or Węgajty Theatre but I can firmly say that one of the most important of all was the trip to the Odin Theatre headed by Eugenio Barba in Holstebro in Denmark. For a full week, I took part in workshops and watched with awe the incredible discipline and work of the theatre’s actors on their selves, their bodies, their voices, and all this was held in a perfectly operating artistic space. It is worth noting that each of the actors also had their down-to-earth duties related to the operation and maintenance of the theatre which was the venue of performances and international conferences and workshops.

Currently, I work at the European Commission in Brussels, in the Directorate-General for Agriculture and Rural Development (as evaluation specialist).

As part of my existing temporary contract I am responsible for the evaluation of common rural policy programmes. Previously, at the same Directorate for Agriculture at the European Commission I also dealt with agricultural policy in the overseas territories of the European Union and worked on a programme addressed to schoolchildren, i.e. “Milk in schools”. In the years 2006-2012, I was spokesperson for the Permanent Representation of Poland to the EU responsible for media contacts across different areas, from culture and science, through agriculture, environment protection, transport, health to issues related to the uniform internal market of the European Union.