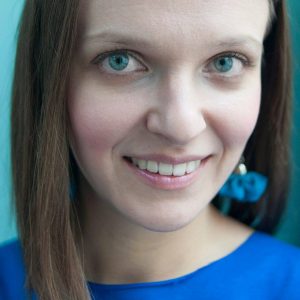 The most significant experience during the specialization was connected with the internships and study tours we did, which gave birth to my interest in the experiences of women connected with the theatre counterculture in Poland. As a result, the subject became the theme of my PhD thesis completed at the Institute of Polish Culture in 2017 which was published in book form by the Theatre Institute Publishing House Błaźnice. Kobiety kontrkultury teatralnej w Polsce [Female Jesters. The Women of the Theatre Counterculture in Poland] (2017).

Culture expert, culture animator, researcher. Author of research and reporting concepts, and head of various research projects including: “Evaluation of the Summer in the Theatre Programme” (2011), “In Small Cinemas” (2012: Report from small towns; 2013: Report from large cities), “Destination Culture” (2012), “Study of the Audience of Warsaw Theatres” (2013), “Evaluation of the National Project Exchange: The Stars of Animation” (2013), “Evaluation of the Non-Congress of Culture Animation” (2014). Collaborator of the Zbigniew Raszewski Theatre Institute in Warsaw, the Mazovian Culture Institute, Kolektyw Badawczy and Obserwatorium Foundation. Former Director at the Mazovian Federation – an association of autonomous NGOs operating in the Mazowieckie voivodeship.

Currently adjunct professor at the Theatre History and Theory of the Institute of Art of the Polish Academy of Sciences. Member of the research project “Węgajty Theatre – 35 years of anthropological theatre and social and culture research” oraz “HyPaTia. The History of Polish Theatre. A Feminist Research Project”.