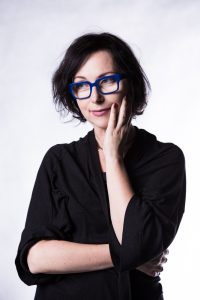 My story with culture animation is like the story about my first visit to the International Summer Academy in Scheersberg. I wanted to apply to a photography course but professor Andrzej Mencwel told me: “Emilia, the Faculty has just purchased a film camera. Someone has to learn how to operate it”. And the same goes for culture: Someone has to operate it. This is what this specialization is teaching people. That and good choices as I made filming my profession.Graduate of the Polish Philology Department at the University of Warsaw and the Directing Department at the Film School in Łódź. Theatre and film director, editor of television programmes, author of visuals for theatre performances.

In the years 2008-2013, she worked as programming specialist and coordinator of key projects carried out by the Polski Theatre in Poznań: the European Theatre Meetings “Close Strangers” and the National Drama Competition The Metaphors of Reality. In the years 2012-2016, teacher at the Adam Mickiewicz University at the New Media specialization (Department of Political Science and Journalism).